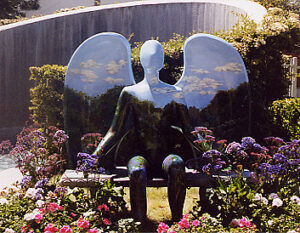 Writers are naturals at social distancing. We live in our minds, tossing thoughts out like lifelines, while transforming blank pages into stories. So when a “stay-at-home” order was issued in Los Angeles to slow the spread of the deadly COVID-19 virus, sending everyone home to stare at computers, I couldn’t help but think, “Now everyone’ll know what it feels like to be a writer.”

I was deep in research on an art-themed story on March’s Friday the 13th (go figure) when the public library and Getty Museum abruptly closed their doors, just as the Metropolitan Museum of Art in New York had done hours 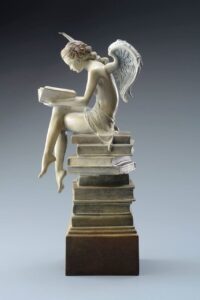 earlier. Not slated to reopen until “damned if we know,” their once supplemental online resources became suddenly indispensable. But not more essential than an N95 mask. I’d purchased one last year during California’s wildfires only to find that size “standard” means “male.” No wonder female healthcare workers around the globe are decrying their often poor fit – when they’re lucky enough to get them at all.

Conversely, thanks to non-essential panicked hoarders, we now know the answer to that burning question “What’s the one thing you’d save in an apocalypse?” Staring blankly in Ralphs at the decimated paper goods aisle, I recall once spying excess stock stored at the top. I spring into action, scaling barren metal shelves and strike two-ply gold, tossing toilet paper rolls to grateful shoppers below. As I hopped down (“Ta-dah!”) an awed man clutching a TP four-pack asked, “How’d you do that?” “I’m a writer,” I said. “I can do anything,” and somehow he understood. 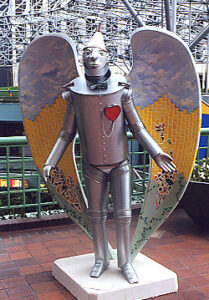 digital realities. But COVID-19 will have none of it. As the entertainment industry joins the rest of the town in lockdown, Hollywood’s energy palpably changes. It’s as if everything color has suddenly turned gray, like some inverted version of Oz. It isn’t long before film and TV productions cease altogether, sending stars to the ennui of their mansions, while leaving struggling artists to survive on a wing and a prayer.

Los Angeles is, after all, the “City of Angels,” so when that moniker became too morbid, Hollywood stepped up as guilds and press clubs mercifully blessed their own with much-needed financial aid. Wish the same could be said for California’s unemployment office, but their limited hours and labyrinthian processes make CARES Act payments frustratingly impossible to collect, adding insult to poverty. (See these spaces where words should be? Those are my tears.) Notoriously torturous to reach in the best of times, their phone lines are as forever clogged as the 405. 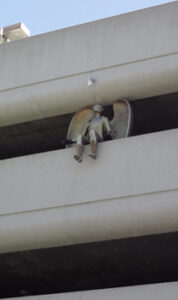 But the west coast’s busiest freeway has one advantage. While New Yorker-packed-subways fed that city’s pandemic spread, California’s climate-hostile glut of single-occupant vehicles may have curbed our exposure. (Take that, carpool lane!) With offices, malls, amusement parks and sporting venues suddenly all empty, LA’s signature incessant traffic jams appear to have vanished in a blink, baring rarely-seen miles of endless asphalt. It’s an ironically inviting apparition, for what use are open roads when there’s nowhere to go? At least now, with less drivers fuming in gridlock, even the air is clearer, though it’ll be a while before any of us can breathe easy.

Like many, my biggest fears are for aging (but still oh so pretty) parents. It’s hard enough 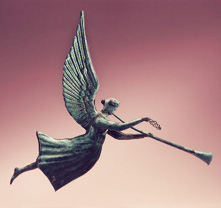 hugging from six feet away, let alone from across the country. So as the Coronavirus epicenter rages through New York, I race to Burbank to catch a barely-booked flight. Ultimately, there are eleven souls on board, all trussed up like survivors of some dystopian metaverse, too fragile to survive the cruel world outside. As Frozen II‘s Elsa belts out “Into the Unknown” from my seatback screen, I can’t help but feel like she’s singing to me.

While I make it back to my folks, the hugs have to wait as “go to your room and stay there” are doctor’s precautionary orders. (Airports are Petri dishes.) I’m sequestered for two weeks in my childhood bedroom, with my mom leaving trays of food by my door as my dad sings “Goodnight Sweetheart” from the hall. As the days pass, a new burning question forms: Did I always 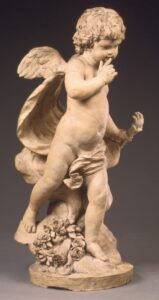 have these many stuffed animals? I started talking to them in week one. By week two, they were talking back. It was time for a prison break, or a date.

But where can Quarantined-in-NY-Gal meet up with Locked-Down-in-LA-Guy? In London, of course, as The National Theatre streams Shakespeare’s Twelfth Night which we watch separately together. When Olivia, swooning from the sudden onset of love, declares, “How now! Even so quickly may one catch the plague?” we both note the irony. Damn COVID-19 infects everything.

It’s strange being in our country’s “cultural capital” when all of its cultural venues are closed. Still, entertainers are nothing if not enterprising. As concerts are canceled and Broadway goes dark, a resourceful plethora of performer-made videos appears online,

contained in singing, dancing, acting, wise-cracking virtual boxes, giving new meaning to the term “multiplex.” Despite the likes of dedicated “live” Tweeters, I still miss the shared community of a heart-beating audience. At the very least, I can’t help but feel true escapist entertainment lets you leave your room.

Once freed, I help play the roles of aides and physical therapists now deemed too dangerous to come to the house due to their unknown exposure elsewhere. Happy to celebrate the holidays with family, our festivities are devastated by the death of an elderly aunt 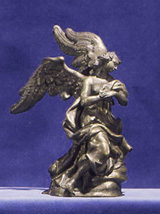 who may have been infected by her own roving aide, sadly proving the point. It’s 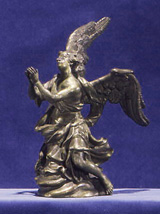 heartrending to learn she died in isolation, but heartening to know how heroic hospital nurses strove to make her feel less alone while keeping her offspring always informed, a humane testament to their “ministering angels” appellation.

As April progresses, more relatives fight the virus. A family friend passes, another, consigned to hospice, miraculously recovers. A neighbor succumbs, while yet another gives birth. As virtual weddings and funerals Zoom by, like the cycle of life on speed dial, my parents begin to wonder when they’ll be able to kiss their grandkids again. It’s hard enough getting them to touch mail.

Luckily, Rite Aid offers drive-by drug deals. With prescriptions pre-charged, I call the pharmacy from their deserted lot. A hooded masked man appears with the goods in a brown paper bag. I press my 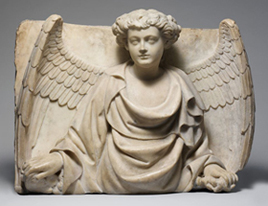 ID to my window and pop the trunk. He chucks the bag in and I speed off, tires screeching my getaway. Now if they would just do that with toilet paper, we’d be sittin’ pretty. But then again, I never thought my access to paper goods and family would be limited at the same time until this tale of two lockdowns. Live and learn.

We’ll all need to make adjustments. As journalism jobs virtually shrink, finding one appears, well, remote. Meanwhile, Jetblue’s Burbank terminal remains closed until “damned if we know.” When it’s safe, I’ll return to the City of Angels who I hope will be playing baseball, though Halo and Dodger fans may still have to boo the Astros from their homes. But until that day, AC (After Covid), the struggle continues. And it’ll take all of us to overcome it. 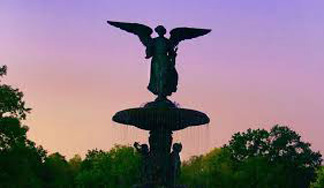 For it can no longer be business as usual, especially for journalists. As virus-deniers shun their masks, the need to counter misinformation grows dire. As of this writing, more than a million Americans are infected with COVID-19, with over 66,000 dead*, and as states open up without a vaccine or T3 (Testing-Treatment-Tracing), those numbers are sure to rise. There are lives to be saved and we are essential workers, Democracy’s resilient Fourth Estate. Instead of falling for distractions, let’s investigate corruption. Instead of following the Tweets, let’s follow the money. Let’s not let another soul die without exposing why. We can do all this and still wash our hands. We are writers. And we can do anything. 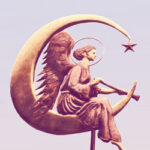